Today I had a lot of fun, met over 100 people, and helped an open-source project all in 1 and a half hours with the help of a couple of friends. It took place at the Capitol square in Toulouse.

In this 1.5 hours, the goal was to take photos of 50 men and 50 women between the ages of 16 and infinity in order to create an average face of Toulouse, which will be executed by the artist Mike, the owner of the website “Face of Tomorrow“. He has already taken the average of large cities around the world such as Sydney, Australia; Florence, Italy; Amsterdam, Netherlands; London, UK, etc.

We ended up asking probably around 180 people in order to get 100; overall, people were very open-minded and curious about the project.

Among people that we ran across were men with dreadlocks, members of two bachelor parties, one where the soon-to-be-wed male was wearing a red dress and a black bra and a blonde wig, the second where the bride was wearing her underwear and bra on the outside of her clothes. There was also a larger group of Asian tourists, some of which agreed to have their pictures taken. Overall I think we got a very diverse collection of people.

I used a bamboo stick as a monopod because my tripod is sitting in my closet in the USA, and advertised for Vibram 5 fingers by wearing mine out. Originally I intended to use them as attention-grabbers, but ended up talking about how much I like them, and where to buy.

Afterwards, I was in a great mood from a successful organization of a fun project and grateful for the great friends I have that came out and helped me harpoon people on the street. Here is one of them: 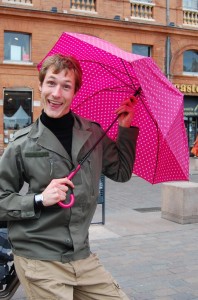 ——
The photos have been created, but for some reason aren’t online. However, I have a copy, so here they are: 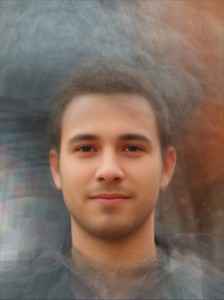 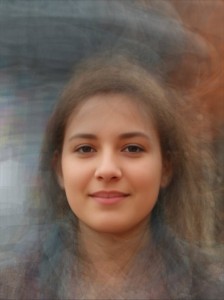