Monday. My second to last day in Europe. I stayed at a hostel that night, woke up sort of late, then took some time to find an indoor bouldering place which ended up being closed till that evening. Then I decided to hit up one of their many thermal pools. The one I chose seemed to be pretty sans-tourist for which I was glad. I followed the ritual of dipping in the most scalding hot pool, then jumping into the most ice cold one, and back and forth until my skin felt like a tough smooth rubber. Then I found their steam room, and repeated the process for around one hour. Leaving the pool I felt immeasurably refreshed, but also kind of lazy. 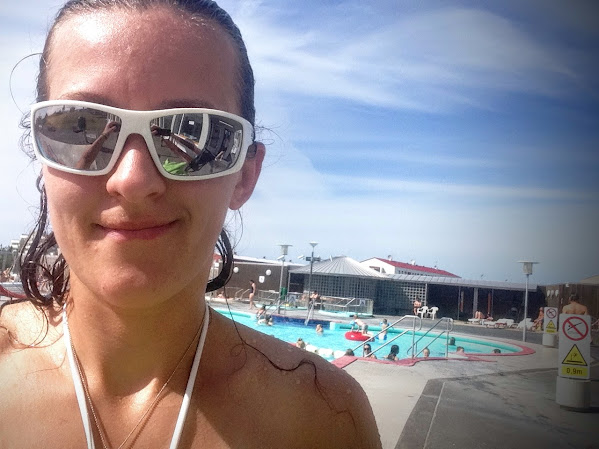 Walking around, I found a bus that took me back to the hostel to grab my climbing stuff. At the Bouldering gym, I found some interesting people, one of whom was a Polish girl who had been living in Iceland since January, and loves it. I asked her why, and she said – because it is sunny in the summer all the time. And in the winter I asked? She said the dark is worth it for the eternal sun, and the contrast is amazing actually. They had the weirdest rating system, which was sort of like the V system in the USA, but it was more about the setter than the rating – almost like following the books of a certain author, you get used to a certain style of routes and know better what they are.

Also, not sure what was up with the huge pile of mattresses in the corner of the gym. 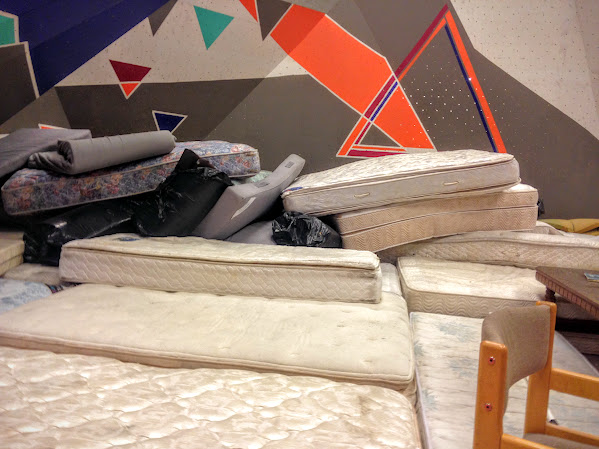 That evening I met up with yet another guy from couchsurfing.com. He and I had been chatting over the network, and I had called him a couple times. That night we finally met at one of the main bus stops. Instantly, we clicked. He had the most interesting eyes, the kind where you can sort of look into the soul and feel that there’s something real good in there. He was in his last year of studies to be an educator for disabled children, but taking the summers in Iceland to work as a glacier tour guide. He had been trekking around the island for the past two weeks as a vacation from his job using hitch hiking as his main way of transport. He was probably down to his last fifty Euros as I sensed while helping him around a Bonus (a grocery store chain). Then I invited him to come to a tour with me at 8pm – the “haunted tour” of Reykjavik. Only after I had told him the story of myself as a poor student in France and how people had helped me out monetarily, did he agree that I pay the price for him. In this case, it definitely felt great to give something rather than receive.
So we dropped his stuff off in my room and then went for some dinner, just in time to run over to the start of the tour. Except that I had marked the wrong place on the map. By the time we found the start point, the tour had already started, and no one knew which way they went.
We had worked so well together so far that I thought it would be fun to go hunt the tour down and take part in whatever was left of it. So we looked for clues: the website had three locations identified by words and two pictures. One of an “elf stone” (we found it),: 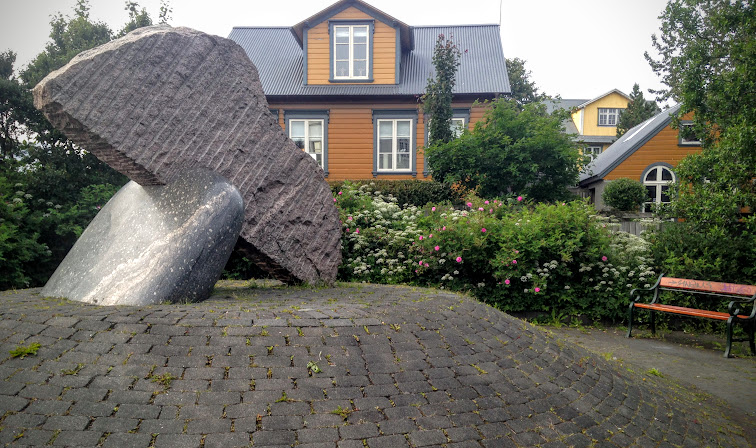 the other of the “oldest cemetery in Iceland”, and a third about the Parliament Park. We wandered around for about half an hour, finding the first two of the three things, until we stumbled upon a tour-looking group. Bingo! Found them! It was a really cool feeling, the two of us cracking jokes about our successful search and then about stuff the tour guide was saying. All in all, it was a good tour, but I did sort of freeze my butt off by the end of it. The day was coming to an end, so after grabbing a warm drink, my new friend and I walked along the bay as the sun was setting around 10pm, ending up at a statue of a Viking boat. 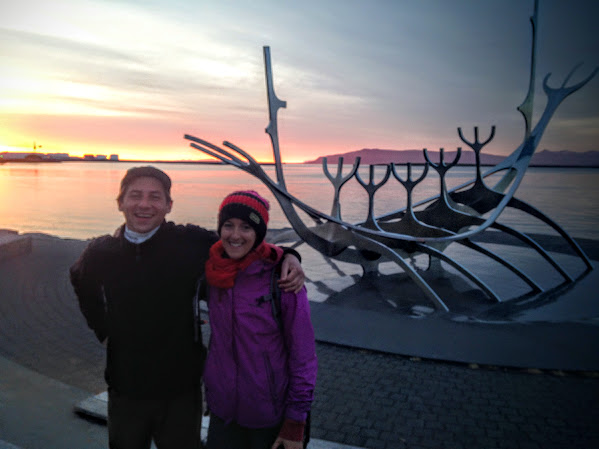 Eventually I had to stay goodbye as he boarded his bus that night, but I did so with a heavy heart. He was one of the best people I met on such random and spontaneous notice during my trip. In the end, I now do have a friend in Krakow, Poland where I know I’ll be welcome 🙂