I travel a lot. Everyone who knows me knows that. But ever time I embark on a new trip, I forget how exhilarating it is to finally land at my destination. In the last couple seconds of flight, I couldn’t help but grin, I’m here! I’m in Manila!

My plan originally was to find the shuttle to my hotel, but I did exactly what anyone would tell you not to do: hop into a car with a stranger. Mom and Dad, I know you’re probably freaking out right now, so let me explain…

During my flight, I was sitting next to a Filipino lady who invited me to dinner with her friends after arriving. I have yet to regret any impulse plan I’ve made, so here I go.

After dropping my bags at the hotel, we sat into the car and started driving. I knew not where, but looking around, I was astounded to witness the craziness of traffic: motorcyclists passing inches away from the side of the car and in between trucks with only a couple of feet between them. The surprise vehicle of the day was a truck full of sleepy-looking chickens. 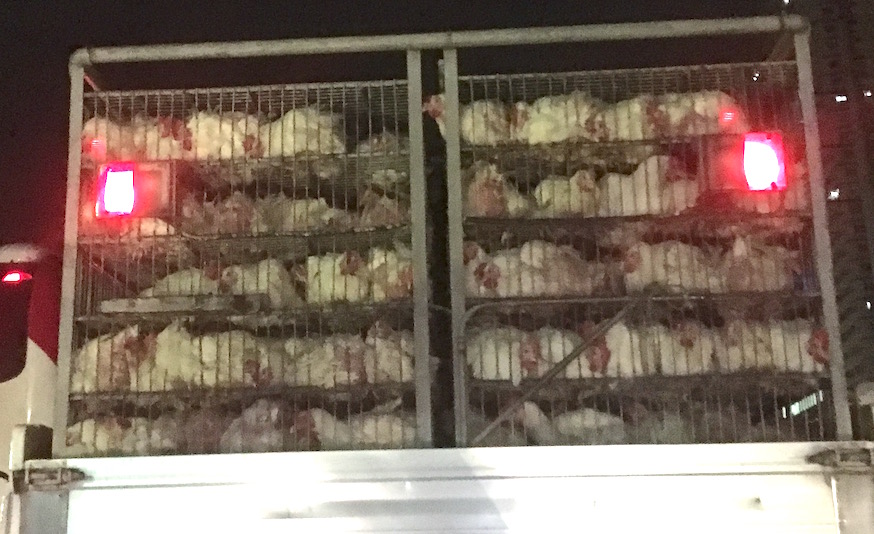 Construction even at 9pm on a Friday night made the roads even more unpredictable, with lanes shut down, traffic going every which way, cars and Jeepnis* stuffed with breathing bodies, with some more hanging on the roof. As the cherry on top, we were forced to avoid the not so occasional pedestrian popping out of nowhere. 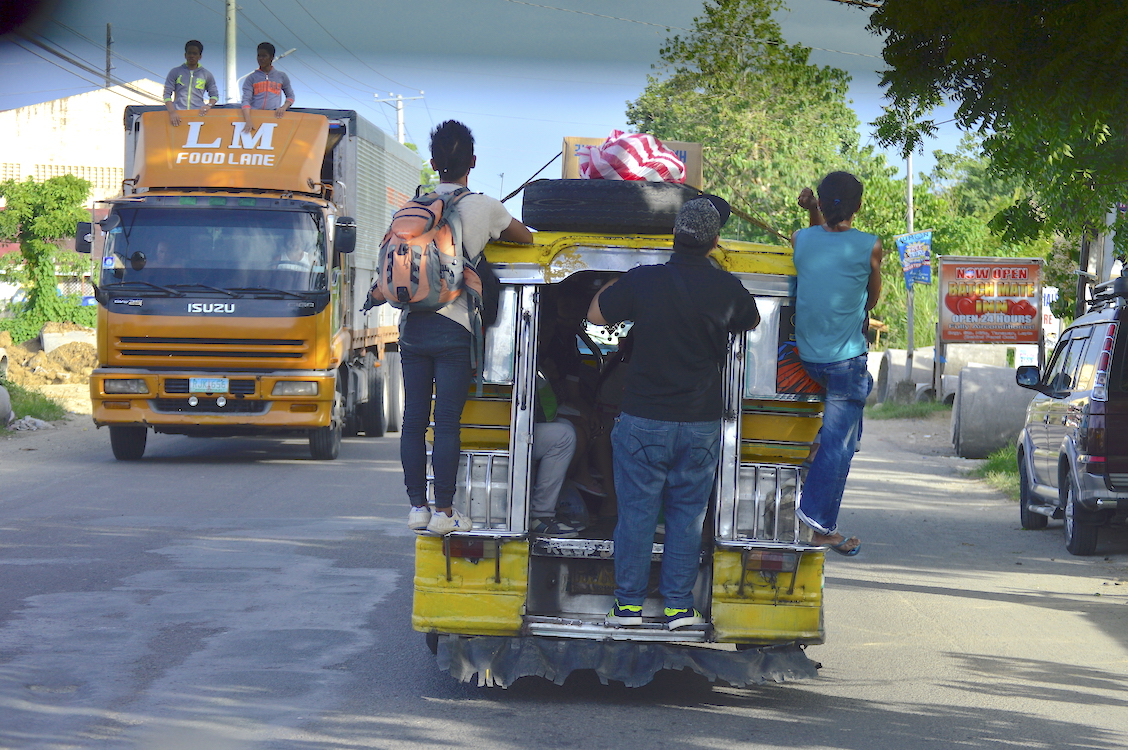 Regardless of the kind of situation that would drive any American up the wall, everywhere I looked, the Filipinos were smiling, even laughing: no sign of any road rage! Perhaps it has just become the status quo. I have much respect for them.

My new friends and I arrived at our destination after about one hour: it was a Filipino restaurant attached to a meat/fish, or “wet” market as they call it. This was the first time I had witnessed this sort of arrangement. We went over to the market, picked out crabs (they were still moving!!), shrimp, and fish to be cooked to order for us. 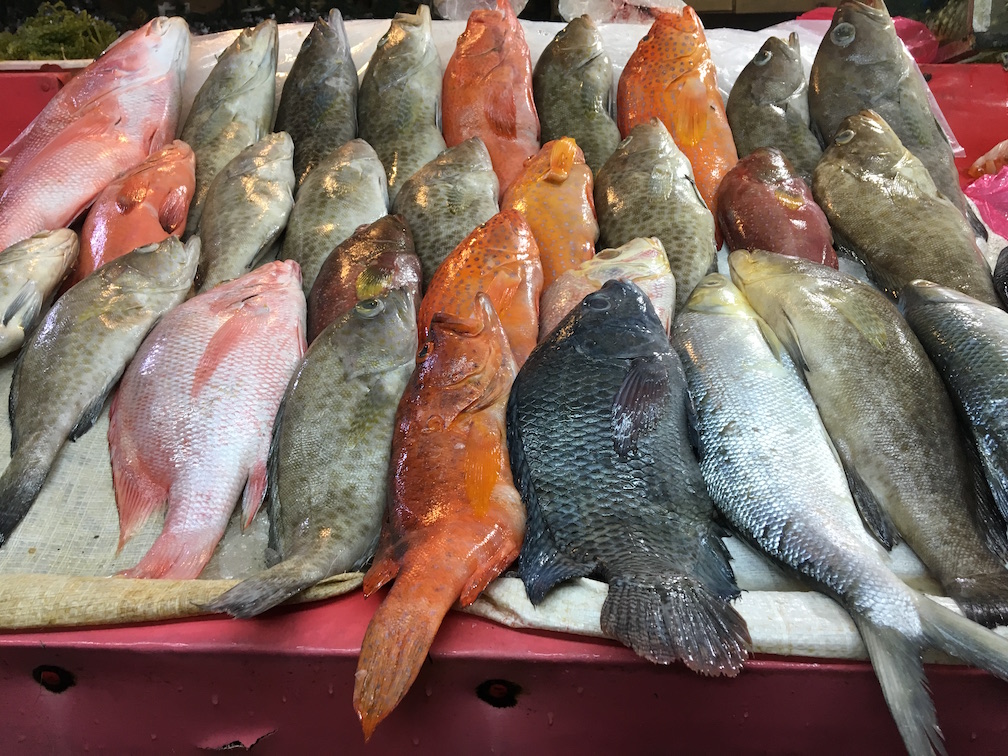 The live music started as we sat down, and had a round of mango shakes. Wow. I can never go back to US mangoes. These shakes, made exclusively of ice and mangoes were the best pick me up: flavorful and sweet, perfect as jet lag was kicking in. 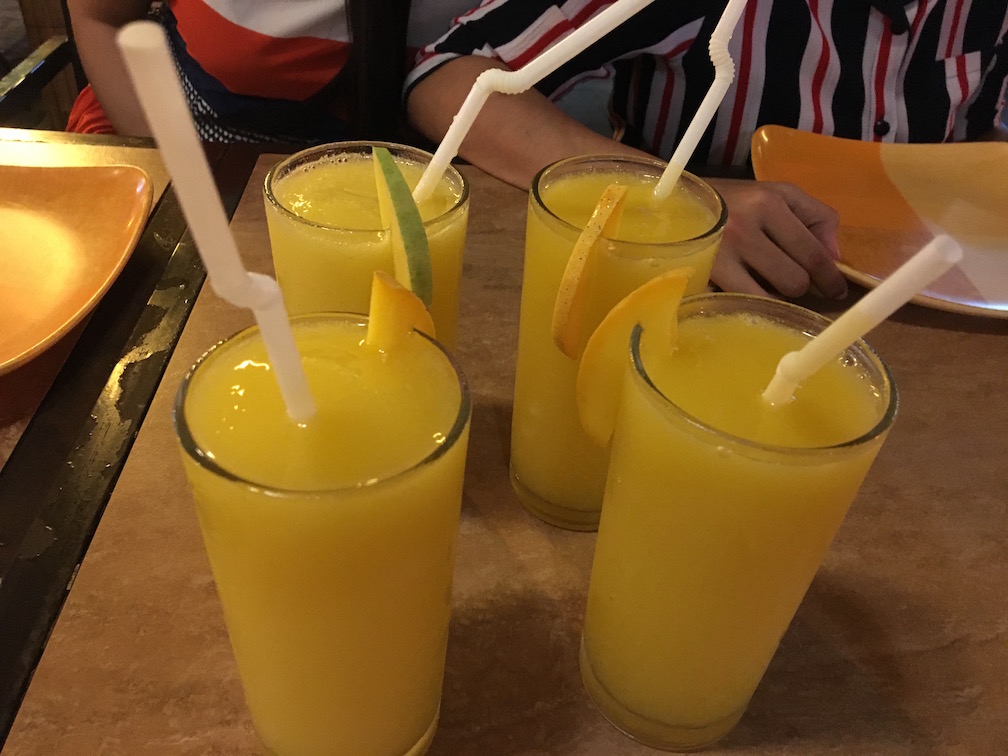 By the end of the night, I felt humbled by the incredible hospitality of these ladies, especially when I told them I came to help out the community in Tacloban as part of the post-typhoon efforts. They thanked me for helping out their people, paid for my part of the food, and even drove me home afterwards. With a large smile, I hit the bed like a log and slept until awoken in a confused daze by housekeeping knocking on my door. (It was 11am).

*Jeepnis are the method of public transport in the Philippines. They are like a Jeep from the 1990s, but extended in the back like a bus with no windows, and usually fit from one to 20 people, or more if the roof is used.